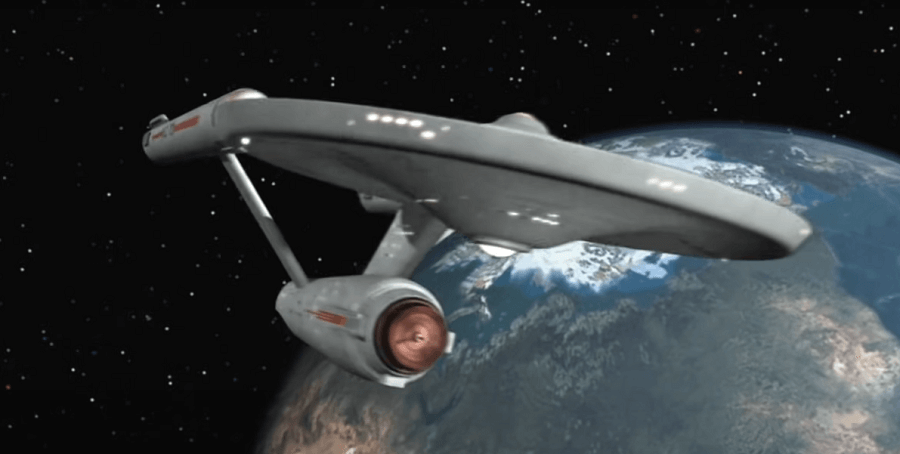 The fan-favorite film Star Trek First Frontier’s release came as a massive relief to globally huge Star Trek fans. The film is set in a similar time frame and with the same uniform and sets linked to the Star Trek era. This film was directed and self-funded by Kenneth Smith.

One of its highlights was that it was released on Star trek day in 2020 to add it to the festivities. Covid-19 did not stop producing this masterpiece despite funds being scarce due to quarantine and other related issues. However, the movie was released with minor audio and visual problems that the director promised to fix in a future special edition.

The film is seventy minutes long, and the production crew built their own set when filming it. They also used professional actors and stuck to using non-CBS props and costumes. The director pointed out the existence of a few easter eggs in this film that were originally from other science fiction movies. This adds an exciting touch to the film as it builds our curiosity. He further states that the film was mainly put forward to add a new feel to the Star Trek universe.

This film has become one of the best fan-made films due to its immense effort to enable its shooting, editing, and release using fan preference. It is worth noting that its production budget was so high for a Star Trek film, majorly influenced by unrelated film factors. The director encouraged people to download the film from YouTube just in case Viacom CBS cracks it down.

Star Trek was filmed in a setting that is ten years before Kirk and his friends embarked on their mission that lasted five years. At this time, commander Robert April was lost in family issues.

Together with his wife, he was struggling to mend their differences and work on rebuilding their marriage. Commander April is given an offer to command a constitution class starship, his dream, but he turns it down.

Meanwhile, there is a deadly alien force that is murdering people up in the solar system. News has it that these deadly aliens are destined to land on earth with the sole purpose of killing everyone. This news brings fear and confusion to the entire world.

Out of bravery, as well as urgency, April’s close friend Captain Collins takes over the command of NCC- 1701 Enterprise and steers it out to space in an attempt to stop the deadly alien force from reaching the earth and killing people in space. As it is later known, April finds himself on board the same ship as Captain Colins. He came in at the last minute to help Colins get the Enterprise ship-shape.

The events in space involve heavy confrontation and fighting, and in the process, Captain Colins is incapacitated. Commander April takes charge. He steers the Enterprise together with its not-so-ready crew to fight the battle and save the earth.

This film is a masterpiece, and it carries a lot of fun and enjoyable attributes. From the structure to the cast and set, there are many good aspects to draw from it.

Star Trek First Frontier is well-thought-out, just like Star Trek: The Original Series and, let’s say, a better version of Star Trek: The Next Generation. The film captured outstanding 22nd generation technology and the general atmosphere, the philosophy, and the original pilots. One notable thing is the special effects were designed with a modern touch and still incorporated its originality.

The art of acting in this film was perfect because it matched with the initial 1960s Star Trek universe. There was keen attention to detail when coming up with the characters and defining their roles. For instance, gender issues and aspects of women being weaker than men were precisely upgraded and merged with the modern taste. This attribute is also seen in the design of the pilots’ costumes, which are less exploitive.

The production team made a giant step of designing and building their own set. The set was a modern version of the original Enterprise; however, it had a fresh and new look. The team made a great effort with lighting up the set, which made the bridge appear bright enough and not flashy.

More so, the film’s script used the same themes which pioneered Star Trek to be iconic. The film features a captain facing many conflicts and crises and the modern setting of the roles of women and men. We see both men and women work in the same office, which illustrates the changing gender roles in modern-day society.

The writer did an excellent job on the Star Trek First Frontier script by making it feel like the classic Trek. This is seen in the choice of words, the existing conflicts, and the characters. All these reflect the original series, giving the impression that someone from that era wrote it.

These are some of Star Trek First Frontier’s outstanding characteristics that made it scale heights since its release. These have made the film gather 1.5 million views on YouTube over a short period of 4 months only.

Despite having top-notch qualities, Star Trek First Frontier has had its share of complaints since its release. One of the biggest complaints I have is the audio problems. The film’s music is constantly on, even at the most unnecessary parts.

For instance, when silence and only engines are running, there is an annoying soundtrack and beeps that come up and stay throughout in dialogues. Another eye-catching problem with the film is audio is the overshadowing of dialogues with noise.

There are also incidences when some character’s voices are clearer than others despite them being together. This is probably a microphone problem, which should have been checked during editing. The entire audio of the film needs an overhaul in audio editing.

Some of Star Trek First Frontier’s interior-shot CGI was not good enough to be applauded. Many will agree that the set was well-thought-out, but minor issues came to the background. Some of the characters have a “halo” effect which often is a distraction when watching the film. Another similar problem was the aspect of scaling some of the scenes. It was rather funny watching some of the characters dwarfed by the shuttlecraft.

The aliens were well crafted, and the characters matched their looks. However, one would realize that the aliens’ eyes jiggled on the alien’s head with keen eyes. Some may find this normal, but I believe that is not how eyes work. The jiggling appeared to be a fault rather than intentional.

These issues are just a drop in the ocean because, overall, the film was a classic masterpiece. They did not deter the message from being passed across to the audience. A few more days of editing would have gone a long way in sorting these annoying yet straightforward issues.

Star Trek First Frontier came at the right time to revolutionize the Star Trek universe by bringing modern culture into play. This is an excellent fan-made film as it goes the extra mile of creating an original piece. For instance, the director created his own set, which was not a walk in the park.

Coming up with a shuttlecraft was an art. The characters selected were the right fit for the film. The film’s script was genius as it captures a lot of Star Trek originality as well as modernity infusion.

The biggest downside of this film was perhaps the audio problems. This issue was not just a minor problem because it affected my ability to comprehend the message and enjoy the surrounding sounds.

Audio is a critical component for any film, and it deserved to be refined to guarantee a quality film. The other problems were the background “halo” effect and the not-so-well-made alien costumes. However, these are assumable as they do not affect the originality and the fan film’s intended message.

Unlike the previous Star Trek films, First Frontier uses aliens as a mere prop. There is no meaningful interaction between the aliens and the humans; hence there are no relevant moral lessons. A lot more would have been added to the plot to make the film more interesting.

Every film has its upside and downside, and Star Trek First Frontier happens to be one. Its release in 2020 came as a huge relief for Star Wars fans as it was a unique film, fan-made. The film met and even surpassed most people’s expectations, thanks to the director’s interesting, unique, and captivating script.

Should you wish to see it to get the full feature, it is uploaded on YouTube here: Star Trek First Frontier, at 1.5 million views and counting!